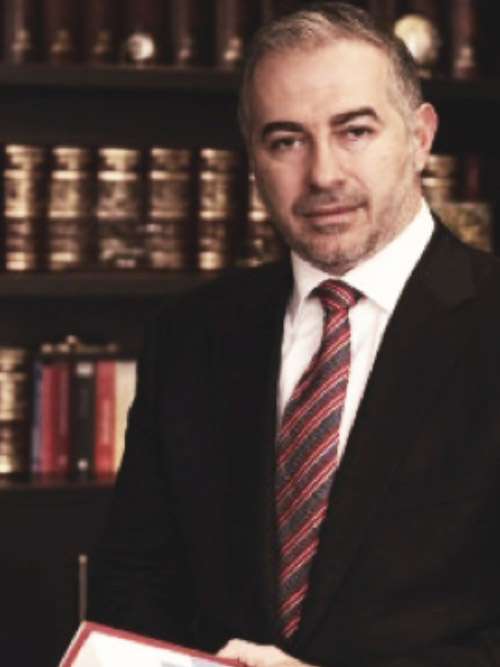 Professional occupation of issues related to German and International Media Law at the Legal Board of the Publishing Company “Axel Springer Verlag AG” in Hamburg, Germany. Scientific assistant at the School of Law of Hannover, Germany in the Department of Civil and Civil Procedural Law. Exclusive associate and representative in Greece of the European Group of economic interests of the European Lawyers (JUROP EWIV European Lawyers).

Dealing with cases related to management and operation of franchising systems and organization of export credit insurance in commercial transactions between the member states of the European Union, Russia and the Arab League. Member of the ARAB – HELLENIC CHAMBER OF COMMERCE AND DEVELOPMENT, while the law office also offers expert advice and consultation on issues related to Investments and International Commercial Law at the United Arab Emirates. Member of the GREEK – RUSSIAN CHAMBER OF COMMERCE AND DEVELOPMENT, legal advice and support are provided on issues related to Energy Law, the drawing up of contracts for the international sales of goods and international representation.

Legal advisor from 2015 at the OFFICIAL STATE DELEGATION OF THE SERBIAN REPUBLIC OF BOSNIA-HERZEGOVINA in Greece. Business languages: Greek, English, German and French.